A powerful explosion shook the city of Van in eastern Turkey on Monday, where security sources said at 48 people were wounded, two of them police officers.

The attack appeared to have targeted a security checkpoint outside the headquarters of the Ruling Justice and Development Party (AKP) in Van.

Many ambulances rushed to the scene.” The explosion is being described as” massive” and “powerful.”

Video from the scene showed firefighters at the scene and wounded being rushed into ambulances and cars.

There were no immediate reports about the cause of the blast, but Turkey has rocked by bomb blasts and attacks for the past several months. 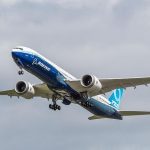