“History will Never Happen Again”: The ex-President of Ukraine

Politicians should forget about the concept of “Ukrainian Crimea” once and for all, Russian parliamentarians believe. In their opinion, after the 2014 referendum and reunification with Russia, the inhabitants of the peninsula will not allow his return to Ukraine. So the deputies and senators answered the words of the first president of Ukraine Leonid Kravchuk that Moscow could allegedly abandon the Crimea because of pressure from the international community and colossal costs on the peninsula.

Russian parliamentarians have critically met the statement of former Ukrainian president Leonid Kravchuk that the Crimea can return to Ukraine because of the pressure of the international community and the enormous costs for the development of the peninsula. This opinion was expressed by the politician in an interview with the publication “Ukrainskaya Pravda”.

“Once Russia could not cope with the Crimea, so she handed it to us. Now I observe a similar situation. For all the time, Ukraine has invested about $ 100 billion in the peninsula. Although the Russians built a bridge there, the Crimea requires colossal costs, “Kravchuk said.

He added that sooner or later there could come a time when, under the pressure of the international community, Crimea would return to Ukraine. At the same time, the politician noted that it would be very difficult to estimate the timing of this likely event.

He also said that when building the Ukrainian policy on the Crimea and the self-proclaimed republics of Donbass, one must understand that “these regions will no longer be the same as they were.”

According to the head of the Federation Council Commission for Information Policy Alexei Pushkov, in fact, Kiev should voluntarily abandon the Crimea after the collapse of the Soviet Union.

“Kravchuk was dreaming. In fact, Ukraine itself had to give up the Crimea voluntarily back in 1991, because the Crimea was never Ukrainian, it was included in its composition because of political incidents, and its inhabitants never connected their future with Ukraine, “the senator wrote on Twitter.

In turn, State Duma deputy from Crimea Mikhail Sheremet told RIA Novosti that the Kiev authorities should forget once and for all that the peninsula can ever become Ukrainian.

“Russia does not sell its territories. Transfer of Crimea to Ukraine will never be again. Kiev politicians have time to forget about the Ukrainian Crimea once and for all. This is a story that will never happen again, “Sheremet stressed.

Chairman of the Council of Ministers of the Crimea Sergei Aksyonov refused to comment on Kravchuk’s statements, calling them delirious crazy. He stressed that there will never be any return of the Crimea to Ukraine.

According to the deputy of the State Duma and the former Crimean prosecutor Natalia Poklonskaya, the former president of Ukraine still can not believe that the inhabitants of the peninsula have made a decision about self-determination – as it is stipulated in national and international legislation.

“The first president of an independent Ukraine is habitually trying to dispose of people like a bag of potatoes, measuring everything in money. Unfortunately, such “predictions” by Leonid Makarovich are irrelevant and show how far from understanding the word Rodina. You can not buy it and you will not sell it – even for fat, “the parliamentarian stressed.

In turn, member of the Federation Council Committee on Defense and Security Franz Klintsevich pointed out that Leonid Kravchuk’s words about the reasons for the transfer of the Crimea to the Ukrainian SSR in 1954 do not withstand elementary criticism.

“In many respects this transfer was the decision of one person, who by virtue of the Soviet mentality could not in principle realize the possible consequences of his step. And everything was done in a hurry, without any serious calculations. At least, Nikita Khrushchev did not take into account that the Crimea literally grew into Russia in 170 years, becoming an integral organic part of it, “the senator wrote on Facebook.

At the same time, Klintsevich said, having formally joined the Ukraine, the Crimean peninsula kept the special status of the all-Union health resort throughout the Soviet years, and its funding went mainly from the federal budget.

At the same time, in modern realities, the economic opportunities of Moscow and Kiev are absolutely incommensurable, and for four years since reunification Russia has invested in the arrangement of Crimea several times more than Kiev in previous years.

“Voluntary refusal of Russia from the Crimea in favor of Ukraine, as Leonid Kravchuk says, is the same as giving a beloved child against his will for someone else’s uncle to be brought up, besides a beggar. In their right mind this is impossible, “Klintsevich stressed.

Commenting on Kravchuk’s words about the “colossal costs” that the Crimean peninsula requires, the State Duma deputy from Sevastopol, Dmitry Belik, told RT that Russia “has its entire history bearing unbearable burdens – this is part of the Russian character.” However, in the case of the Crimea, one can not think in such categories.

“Crimea is a part of our heart, which is impossible to give. Kravchuk is trying to encourage the Ukrainian authorities and show themselves. An example of the Crimea was unsuccessful for many factors, and the ex-president knows about it. Most importantly: the Russian-speaking population of the peninsula has never considered itself part of Ukraine. But in Kiev they prefer to remain silent, and Kravchuk, like the real father of the modern Ukrainian state, with foam at the mouth, falling to his knees, tries to prove that during his reign Crimea was not such a problem region, “Belik said.

“Perhaps the ex-president is simply bored with retirement, and he is not-no-yes and will remind himself of another” bright “statement that does not reflect the real state of affairs,” the deputy said.

At the same time, Deputy Chairman of the State Council of the Crimea on Interethnic Relations, Yuri Hempel, said that the question of returning the peninsula to Ukraine is simply not correct, since the residents of the republic will not allow this.

“Such dubious statements are often heard from the neighboring territory of Ukraine. We do not pay attention to this. It’s surprising that Kravchuk is an experienced politician who could make more balanced statements. Today Crimea lives and develops very dynamically. And to raise the question of his return to Ukraine is simply not correct. The Crimeans will never allow this, “Hempel said.

“There are no inconveniences”: in the Crimea, Kiev’s statements about problems with navigation in the Kerch Strait area
The archway of the ferry across the Kerch Strait is designed so that all vessels can pass under it unhindered. About it…
In turn, State Duma deputy from Crimea Ruslan Balbek compared the ex-president of Ukraine with fraudsters-psychics.

“One gets the impression that when court political scientists are exhausted, Kravchuk comes out on stage with encouraging speeches and says, they say, wait – and everything will be. But not immediately, but in a foggy foreseeable future. I would compare the ex-president of Ukraine with fraudsters-psychics who give the customers similar predictions, “Balbek said.

Meanwhile, the deputy of the State Council of the Crimea Vladislav Ganzhara on Sputnik radio underscored that there are no conditions for the “return” of the peninsula to Ukraine.

“This is not a bag of potatoes, it’s two and a half million people who made their almost unanimous choice in 2014. In fact, the return of the peninsula to Russia has become a restoration of historical justice, “the politician said.

Ganjara also linked the statements of Ukrainian politicians to Crimean themes with the approaching 2019 election campaign.

“We understand that, given the economic and social situation that has developed there, various political forces are trying to speculate on the Crimean issue. I am sure that these next empty statements do not find any support in Ukraine. In my deep conviction, the majority of Ukrainians perfectly understand that Crimea today, being part of the Russian Federation, will never return to the Ukrainian state under any conditions, “the deputy summed up. 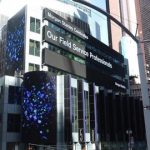 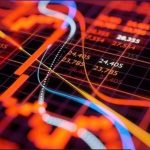 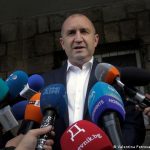