Iran, Russia and Turkey Declare Support for A Sovereign And Secular Syria

Russia, Iran and Turkey have agreed on the resumption of the political process in Syria with full respect for the country’s sovereignty, the evacuation of civilians and rebel fighters from Aleppo and fighting ISIS and al-Nusra, the foreign ministers of the three countries said in a joint statement following a meeting in Moscow on Tuesday.

The foreign ministers said that “Iran, Russia and Turkey are convinced that there is no military solution to the Syrian conflict,” adding that they recognize the role of the UN to resolve this crisis.

The three countries who are deeply involved in Syria said they applauded the work of the International Committee of the Red Cross (ICRC) and World Health Organization (WHO) in the evacuation process in Aleppo.

“The Ministers agree on the importance of expanding ceasefire, unhindered humanitarian assistance and free movement of civilians throughout the country.” they said in the joint statement.

Most notably, the foreign ministers revealed that they would work towards an agreement between the Syrian government and the opposition.

“Iran, Russia and Turkey express their readiness to facilitate and become the guarantors of the prospective agreement, being negotiated, between the Syrian Government and the opposition,” read the statement. “They invited all other countries with the influence on the situation on the ground to do the same.”

It added: they “strongly believe that this Agreement will be instrumental to create the necessary momentum for the resumption of the political process in Syria in accordance with the UNSC resolution 2254.”

The ministers, who said similar meetings may be held in the Kazakhstan capital of Astana based on the offer of its president, maintained that their countries “reiterate their determination to fight jointly against ISIL/DAESH and Al-Nusra and to separate from them armed opposition groups 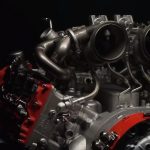 Diet: Rather Watermelon or Melon