Lagardere Confirms a Transformation Project Into a Public Limited Company 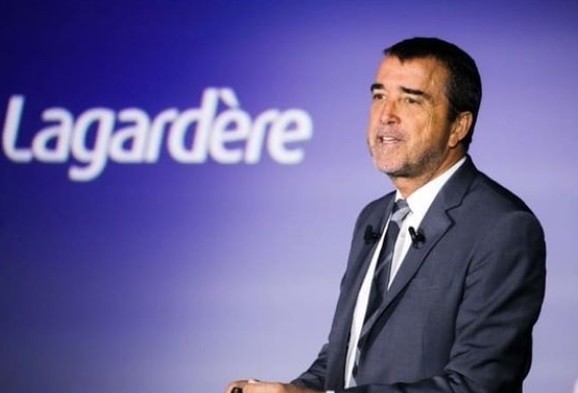 The Lagardere group confirmed Monday, April 26 in a press release that it was studying its transformation into a public limited company, a governance upheaval that would cause its boss Arnaud Lagardere to lose absolute control of the group inherited from his father.

April 24, 2021, Lagardere SCA confirms that it is currently studying a project to transform into a public limited company, about which discussions are underway between it and its main shareholders. There is no certainty as to the outcome of the current discussions, ”said the group, while the media spoke of the holding of a supervisory board to approve the change in governance potentially from this Monday of the owner. d’Hachette Livre and several media including Europe 1 and Paris Match.

France media, wrote this weekend that the shareholders of the group, namely Arnaud Lagardere, Bernard Arnault (Groupe Arnault), Vincent Bollore (Vivendi) and Joseph Oughourlian (Amber Capital) , were on the verge of reaching an agreement, after several months of negotiations, to end the sponsorship par actions (SCA) and its replacement by a more traditional governance under the status of a public limited company.

A supervisory board should be held, ahead of Lagardere’s general meeting scheduled for June 14, to ratify a possible agreement.

A bulwark against any shareholding takeover, the sponsorship makes its manager, Arnaud Largardere, unbreakable, even though he only holds 7% of the capital of his company and 11% of the voting rights.

According to the three media, at this stage of the negotiations, Arnaud Lagardere would have agreed to give up this protective status in exchange for a CEO position until 2026 and the equivalent of around 200 million euros in new shares. . That would bring its stake to 12% or 14%, according to the sources.

The Lagardère group is the subject of incessant rumors about a sale of its media division, and in particular the radio Europe 1 for which Vincent Bollore does not hide his interest. The Breton businessman is at the helm of Vivendi, which took a stake in Lagardere a year ago and has since become its first shareholder.

In November, discussions had also taken place between the media giant, owner of Editis, and Lagardère about the sale of the international division of Hachette Livre.

But Vivendi’s plans were thwarted by the surprise arrival of Bernard Arnault, who took 27% of Arnaud Lagardere’s personal holding company and made a pact with him to act in concert. The luxury emperor is known to be interested in the JDD and Paris Match newspapers. But the agreement envisaged, and as yet unconfirmed, would prevent any dismantling for five years. The Lagardere group would thus retain ownership of its media for a time, which would prevent Europe 1 from falling into Vivendi’s fold before the presidential election.
Under the influence of the health crisis, the Lagardère group widened its loss in 2020, which reached 660 million euros. The overall turnover collapsed by 38% over the year.

Gas Price: Engie's Regulated Tariffs Increase by 1.1% on May 1

Slight Drop in Unemployment in the First Quarter in France