The Ministry of Transport of the Assad regime announced on Monday that it had agreed to cross Qatar Airways in Syrian airspace at the request of the Qatar Civil Aviation Authority.

According to the Minister of Transport of the system, “Ali Hammoud,” in a press statement, Monday, the approval of the granting of Qatar Airways permission to cross in the Syrian airspace, pointing out that the approval came from the principle of reciprocity as “Syrian Air” crossing the Qatari airspace did not stop Operating to Doha throughout the war.

“The move is important in terms of reducing costs and saving time because of the reluctance of a large number of airlines to travel in the Syrian airspace since the outbreak of the war, and the consequent additional burden on Ticket price, technical status of aircraft, time of company and traveler. ”

Qatar Airways suspended flights to and from Syria in 2012, a move also taken by many airlines in the world.

The decision to cross Qatar Airways in Syrian airspace comes at a time when relations between the Assad regime and Qatar have been strained since the outbreak of the Syrian revolution in 2011.

The Qatari foreign minister, Mohammed bin Abdul Rahman al-Thani, has announced earlier that his country does not see the need to reopen its embassy in Damascus, adding that there are no indications to encourage normalization of relations with the Assad regime, adding that Qatar is still Opposes the return of the regime to the League of Arab States.

“There are reasons to suspend membership and freeze Syria’s participation in the Arab League, and the reasons remain. We do not see any encouraging factor for the return of Syria,” he said. “Normalization with the Assad regime at this stage is only normalization with a person involved in crimes war”.

The Ministry of Transport of the Assad regime announced on Monday that it had agreed to cross Qatar Airways in Syrian airspace at the request of the Qatar Civil Aviation Authority. 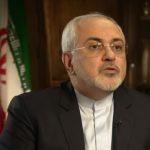 "Iran Ready to Exchange Prisoners with the United States" 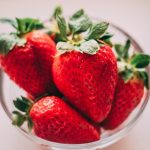 Ways to Lose Weight Without Exercise 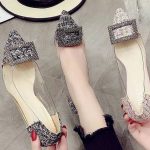 Shoes Worn at Work Easy to Walk and Normal