The Roduction of Cells…

The division of stem cells in the bone marrow. Fresh supply of billions of cells daily

Every day, the bone marrow resumes the blood in our bodies and sends a fresh supply of billions of adult cells with a finite life span, while maintaining the stock of stem cells for the days to come. Scientists at the Weizmann Institute of Science, along with colleagues in Brazil and elsewhere, have discovered that the production of cells in the bone marrow is influenced by the hours of darkness and light. The study, published in the journal Cell – Stem Cell, suggests that matching bone marrow transplants to day and night cycles may increase their chances of success.

Dr. Karin Golan from the laboratory of Prof. Zvi Lapidot in the Department of Immunology, together with other lab members and colleagues, discovered how the hours of darkness and light affect the production of stem cells in a bone marrow, and measured the number of stem cells in mouse bone marrow within 24 hours That there are two peaks in the production of these cells: at 11 am and 11 pm Each of the peaks was used for different purposes, and was created by different mechanisms.

At the peak of the morning, many stem cells formed by dividing cells matured into different cell types needed for blood regeneration; At the same time, the blood vessels in the bone marrow became more permeable, so that the passage of the cells into the bloodstream became easier. At the characteristic peak of the night, many more cells were characterized by undifferentiated stem cells. When the “night cells” were implanted in other mice, the transplant was well received and contributed to the strengthening of the bone marrow – more than twice the efficiency of the morning cells.

Bone in mice: Neurophenifer (NE) neurotransmitter and TNF of the immune system, commonly known to cause cell death and inflammation. When scientists blocked both molecules or experimented with genetically engineered mice that did not manufacture these molecules, there were no peaks in stem cell production. The researchers learned that these substances are essential for the production of stem cells and adult blood cells. “We actually discovered a new mechanism for renewing the cells in the bone marrow,” says Lapidot.

In the morning, under the cover of light, the increases in NE and TNF levels were greater than in the evening, leading to increased levels of active oxygen (ROS), which stimulated the differentiation and migration of stem cells. In the evening, after an hour of darkness, the relatively mild increases in the NE and TNF levels produced less ROS, but encouraged the production of the sleeping hormone melatonin, which inhibits stem cell differentiation. In fact, the scientists found that using melatonin they could reverse the record: when melatonin was injected into mice, the typical peak of the night went into the morning.

“The findings suggest that the timing of bone marrow harvesting may affect the success of transplantation in patients,” Dr. Golan  adding that it may be possible to increase the chances of bone marrow transplants by influencing the levels of melatonin and other molecules involved in circulation Darkness and light.

The study was conducted in collaboration with Prof. John Dick of UHN University Medical Network in Toronto, Canada, Prof. Irit Sagi of the Department of Biological Regulation at the Institute, Prof. Regina Marcos of the University of Sao Paulo, Brazil and Prof. Stephen Young and Dr. Bianna Bernstein of the Institute’s Immunology Department.

The Cheaper of the New iPhone 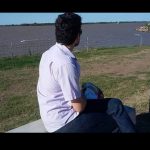 Why We Feel Depressed and Desperate

Why Your Leg Hurts in Cold Weather

What Should You Eat to Help Sleep

How to Increase the Happiness Hormone