Turkish President Recep Tayyip Erdogan announced his plans and actions to clean Turkey of all Gülenists and their influence,.

“The government will take the necessary steps to completely clean up the army of the Gülen terrorist group that attempted to carry out the coup. We want to build an army that protects its people not kills them, and we will take necessary procedures to clean the army properly,” said Erdogan in an interview with Al Jazeera

Erdoğan described the failed coup attempt as an earthquake and affirmed that his current job is to prevent any aftershocks. He commended the Turkish people who confronted the putschists on the streets, saying “The Turkish people are more powerful than a weapon and no one can conquer them.”

He pointed out that Gülen’s ambitions go beyond Turkey’s borders, saying they want to expand their influence to countries in Africa but warned they should be treated as a terrorist group.

“Gülen will pay the price for his crime sooner or later. Mercy to the oppressor is a betrayal to the oppressed one,” Erdogan said.

Erdoğan hopes that the US will listen to Turkey’s demand and extradite Gulen. “The coup attempt made me more determined to fight Gulen’s group and I hope that the US understands our demand to surrender Gülen to be brought to trial in Turkey,” he said.

Responding to accusations that he is trying to establish an authoritarian system in Turkey, Erdoğan declared, “I am not an authoritarian or a dictator. I do not accept the use of a right that was not given by the Turkish people. If the people decide to change the system to a presidential one, I will accept it and will use my authorities as set out in the constitution.”

He criticized western countries, saying they have not firmly denounced the coup, and called on them to stop criticizing Turkey’s actions against the putschists.

“Turkey should not be criticized for what we have been to doing to protect its democracy. Those criticizing us over that are not honest people,” Erdoğan said.

He addressed Amnesty International directly after the human rights advocacy group published reports of alleged abuse and torture of detainees in the wake of the coup. Erdğgan told the organization, “know your place and be honest. Your silence against the coup is unforgivable.” 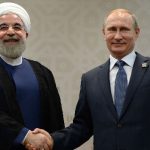 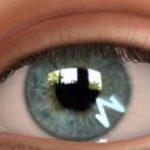 Breakthrough for Silphie at the Schwarz Group

3 Cheap Stocks that could Go Up Sharply 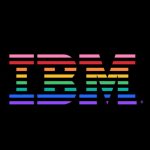