Twitter has decided to ban animated PNG-type images from the platform, after the discovery that they can be used to provoke seizures in photosensitive people. The same company communicated it with a tweet.

The discovery took place after an attack conducted using the hashtag of the American Epilepsy Foundation, with some posts containing PNG animations with stroboscopic effects that can precisely act as a ‘switch’ for crises. From there the observation of the presence of a ‘bug’ on the platform that makes it impossible to prevent the execution of animations.

“We want everyone to have a safe experience on Twitter – the company writes on their profile -. The APGs are fun, but they don’t obey the settings on autoplay.

The decision is for the safety of people with sensitivity to movement and stroboscopic images, including those with epilepsy. ”
The company, the post adds, is working on a safer alternative.

Donald Trump: "She Hates all of the People that Voted for Me"

The Great Results of the Osenat Sale in Alsace 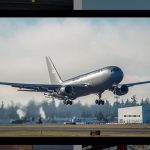 The New Citroen C5…12 Photo Shared By Citroen on Twitter