In the post of Chairman, Virgin Hyperloop One had to cope with some changes last. First co-founder Shervin Pishevar resigned because several women accused him of sexual misconduct.

The job was finally taken over by Richard Branson, who had recently invested heavily in the company. But he did not last long, but gave the job – probably after a dispute with the government in Saudi Arabia – also quite quickly off again. Now the company has presented a successor: Sultan Ahmed bin Sulayem. The personality is not really a surprise. Because this is the CEO of the DP World logistics company DP World. Among other things, it operates the port in Dubai – and is the largest single investor in Virgin Hyperloop One

The new CEO should bring the Hyperloop to market maturity
So while there were two changes in the chairman’s post within a relatively short period of time, Rob Lloyd, as CEO, provided some continuity. After a total of three years, however, the manager leaves the company. His successor is a world-renowned expert in public transport. So Jay Walder was responsible only in London and later in New York for the passenger transport. Most recently, he led the private company Motivate, which lends bicycle rental systems in New York, Washington D.C. and San Francisco. Meanwhile, the company was taken over by the Uber competitor Lyft. With Virgin Hyperloop One, Walder now has the task of making a completely new means of transport ready for commercial use. A difficult, but quite exciting task.

The Mumbai-Pune route is currently being pushed ahead

The company is currently focusing on a project in India. There the financial metropolis Mumbai is to be connected with the metropolis Pune. The travel time could be reduced from the previous four hours to just 25 minutes. The Indian government recently named the project a public transport project, and has partnered with Virgin Hyperloop One and DP World. As soon as the necessary approvals have been obtained, the construction of the first, approximately 11-kilometer-long test track is to begin. According to current plans, construction could start next year. So far, the company operates only a test track in the United States. There, the current speed record for a Hyperloop was set at 387 kilometers per hour. 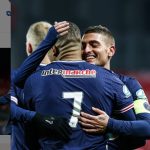 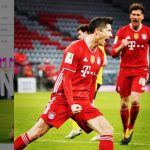 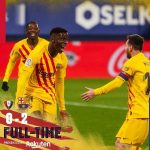 Osasuna Tries Without A Prize Against Barcelona (0-2) 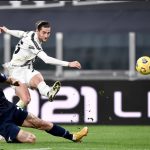