Italy: Manufacturing PMI Index Down to 50.1

The Italian manufacturing PMI index developed by Ihs Markit falls: in August it contracted to 50.1 from 51.5 in July, this is the “lowest” since two years, settling on a value close to the stagnation.

“Both production and new orders – reads Markit’s analysis – are lower results, weakened by domestic demand, while employment levels have increased at the weakest rate since September 2016. The cost pressure remains high, but the weak market conditions have limited the transfer to customers, and expectations for the future have been the lowest for over five years “.

Exchange: Milan opens at + 0.1% after cutting out Fitch outlook on Italy.

Spread retraces to 287 pb. Car and bank recovery attempts (Il Sole 24 Ore Radiocor Plus) – Milan, 03 September – Milan opens slightly above parity (+ 0.1%) after Fitch’s outlook cut (from stable to negative) on Italy, on Friday closed markets, in the face of the strong uncertainties on debt and the risk of early elections in 2019. The agency kept the sovereign rating of our country unchanged at BBB: the Btp-Bund spread folds slightly to 287 points basis. Frankfurt and Paris (London opens up instead at + 0.3%) while the strong commercial tensions remain at the global level with the Chinese manufacturing index Caixin which slowed to a minimum in June 2017. At Piazza Affari, the banks and the four-wheeler sector after the misstep on Friday: Brembo stands out at + 1.2%, Ubi at + 1% and FCA at + 0.8%. On the other hand, Pirelli still achieves (-1.6%) after the downgrade approved by Berenberg on Friday; also negative Luxottica and Ferragamo, which yield half a percentage point.

Outside the main list, Bio On shines, which today announced the birth of the new division dedicated to luxury bioplastic materials.
The exchange rate was not strong with the euro / dollar stable at 1.16 and the euro / yen at 128.7; the dollar / yen cross stands at 110.9. It slightly draws the crude with the WTI delivery in October, which sells 17 cents to 69.63 dollars per barrel. 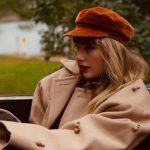 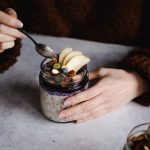 What to Eat in Winter 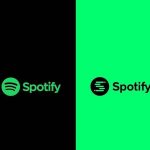 Uber Drivers Represented by A Union