Daikin Industries and NEC opened a press conference in Kawasaki City on July 25, 2018 and announced the results of the “joint research to realize air and space to increase intellectual productivity” which is being done in  October 2016 . It was confirmed that temperature stimulation by air conditioning is particularly effective as a stimulus applied to urge arousal when sleepy in office and other office space became sleepy. It is said that if you give stimulus at an early stage when you see signs of drowsiness, it is easier to keep the awake state.

NEC has the technology to detect efficiently the degree of awakening as a result of research collaboration, we want to put to practical use in the prospect of the next two years considered. Daikin Industries, plans to promote the practical application development study of a new air conditioning technology be included in the prospect within a few years combined with the NEC of alertness detection technology.

In collaborative research between the two companies, we aim to establish new technologies that make full use of their respective strengths, air, space control technology of Daikin Industries and IoT (Mono’s Internet) AI (artificial intelligence) of NEC. Mr. Satoshi Hashimoto, chief engineer at the Technology and Innovation Center, Daikin Industries, said, “Reforms of work methods are being promoted in each company toward improving productivity, in which improvement of working efficiency and maintenance of concentration in office space is possible I thought technology would be new value. ”

The result that we announced this time is that Yerkes-Dodson’s law that the inverse U shape correlation is established between the arousal level and the performance found by psychologist Robert Yakiszu and JD Doton in 1908 Those based on. According to the law, it is important to keep drowsiness low to raise intelligent productivity and to keep “awareness” adequately, and it is said that work efficiency can be estimated from the awakening degree.

To ensure this degree of awakening properly, the two companies regularly measured the degree of arousal of the subject while checking which method and timing stimulation is good, while both companies are using temperature stimulation by air conditioning control, lighting control Changes in arousal level were verified by using  stimulus, aroma stimulation using commercial aroma with awakening effect, respectively.

Regarding measurement of arousal level, based on NEC’s face authentication technology, Daikin Industries developed the control technology for adding stimulation by air conditioning, lighting and fragrance. And, when we conducted a field trial with about 100 people, we found that temperature stimulation has the effect of keeping the most sleepiness suppressed.

Regarding the changes in awareness divided into five stages, temperature stimulation was increased by a maximum of two steps, and an effect of continuing suppressing drowsiness for 45 minutes or more was obtained. In contrast, the change in the arousal level due to the lighting stimulus and the aroma stimulation was at most 0.5 levels (this result is the average of the results of the field test of 55 people). In addition, it was also found that sleepiness is hard to suppress even if stimulation is given from a sleepy state, and it is also found that stimulation is more effective when stimulation is given at the time of detection of signs of drowsiness. We also confirmed that it is possible to prevent lowering of arousal level (familiarity) which is likely to occur if temperature environment is not changed by temperature stimulation by regular air conditioning.

There is No Heaven Anywhere If it's not Inside of You 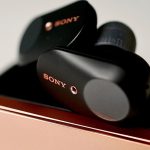 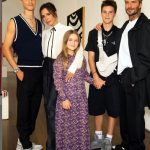