The purchase of Activision Blizzard by Microsoft became the largest purchase and sale operation in the history of video games and one of the most important in the technology sector in the United States. For this reason, the review and investigation processes that account for this deal between companies are very rigorous and with a view to approval or cancellation. Thus, it seems that everything is moving fast, since the Federal Trade Commission (FTC) is already working on the case.

According to information from Dina Bass, a Bloomberg technology reporter, it was revealed that the FTC asked Microsoft and Activision Blizzard to expand the information related to the sale and purchase operation involving both companies.

The objective of the process is to start with a detailed review of the acquisition to rule out monopolistic practice. It should be noted that this is not a surprise and is part of the review and investigation stages of purchases of this type.

According to the report, the fact that the FTC has made the request to both companies can be considered a good sign of progress, but more in terms of time, because it would be meeting Microsoft’s expectation that the purchase be completed in June 2023.

Additionally, the investigations against Activision Blizzard do not stop. Specifically, about its managers for all labor problems, and recently it also transpired that the United States Department of Justice is reviewing the movements made by friends of Bobby Kotick who could have benefited from having access to confidential information.

An Egg A Day Prevents Cataracts And Improves Liver Function 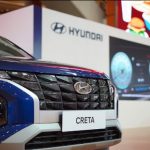 Cher and Versace a Collaboration of LGBT Pride

DS is Already Testing the Facelift of the DS 3 Crossback

Kim Kardashian: Kanye Gave a Lesson in Maturity After his Divorce

US Trade Regulator to Review Deal Between Microsoft And Activision

Microsoft Officially Teaches How to Install Windows 11 with Only TPM 1.2