Nike Takes Part for Kaepernick “Believe in Something, Even if it Means Sacrificing Everything”

He has not played since January 2017, but Colin Kaepernick is the most celebrated and hated American football player in the United States for launching a boycott of the American anthem and, since Monday, for becoming the face of an advertisement of the giant Nike.

His close-up face is marked by an unambiguous slogan: “Believe in something, even if it means sacrificing everything.” The visual, in black and white that he was the first to broadcast on his Twitter account, quickly ignited social networks.

As often since the former San Francisco quarterback became in 2016 the face of the revolt against police violence against blacks, the Nike advertising campaign was applauded by some, vituperated by others who promised to boycott the mark or / and have already burned their clothes and tennis wearing the famous comma.

1. Nike what did Colin Kaepernick sacfrice? He lost his job because he suck.

2. Let’s talk about how black people shoot each other over your shoes! Y’all don’t care about that!

3. Our soldiers sacrifice everything

Retweet if you think this is a joke pic.twitter.com/ux8foOUnwI

A three-day kickoff of the 2018 season of the National Football League (NFL), Nike has hit hard in terms of marketing.

The equipment manufacturer has made it clear – and this is a first for a company of this size – part on an issue that has divided the country for almost two years and is extremely irritating to Donald Trump.

While Kaepernick is now an NFL pariah where no team has recruited since the expiry of his contract with San Francisco in January 2017, Nike has made it one of its ambassadors alongside the queen of women’s tennis Serena Williams and NBA megastar LeBron James to celebrate the 30th anniversary of its iconic slogan “Just do it”.

The US giant has gone even further: he has extended his partnership contract with Kaepernick and has committed to creating a basketball in his name, the highest honor for a professional athlete, while funding his children’s aid foundation .

Nike takes risks: it is one of the equipment manufacturers of the powerful NFL, the League that Kaepernick sues and that he accuses of collusion to prevent him from continuing his career.

The brand known for its innovative advertising campaigns is also exposed to the wrath of Donald Trump.

If he has not yet sent one of his tweets murderers, the US president has since last fall a personal battle against these football players who, inspired by Kaepernick, kneel down or raises a fist , head down, during the American anthem played before every game.

For Trump and part of the American public, these acts are unpatriotic, an insult to the servicemen who served and died under the American flag.

For them, the protesters are bad Americans and Trump had asked the owners of teams to punish them or even dismiss them.

The NFL thought it had defused a re-issue of the 2017 crisis that penalized its advertising revenue and TV audiences, by enacting last spring a regulation allowing players to protest on condition that they remain in the locker room during the anthem.

But this regulation has since been suspended to avoid lawsuits.

That was before Nike brought up Kaepernick and his fight in the limelight and did not relaunch the controversy.

ShiyanTechnology is Producing its Own Memory Modules 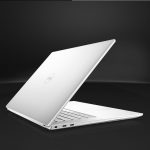 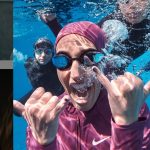 Nike Launches a Collection for the 2020 Olympics