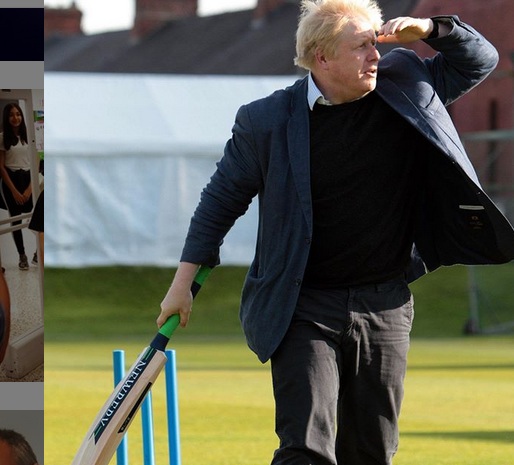 The British Prime Minister, Johnson, who was in office, reshuffled the cabinet and replaced him with a member of the same position. The first cabinet speech emphasized that “nothing, no, no,” will lead the British to leave the European Union at the end of October. The Irish border safeguards in the original Brexit Agreement have also become a key controversy for whether the UK and the EU can reach a new negotiation.
Wu Jianhui

On July 24, former London Mayor Boris Johnson defeated Foreign Secretary Jeremy Hunt with a six-six percent vote and officially served as Prime Minister after Theresa May. Johnson is the main helmsman of the Brexit referendum. He has always been called “British Trump”. His strong position of Brexit emphasizes the no-deal Brexit from time to time. Johnson’s first cabinet speech as prime minister stressed that October 31 will lead Britain out of the EU, “no ifs or no buts”.

On the other hand, Jean-Claude Juncker, chairman of the European Commission, and Michel Barnier, the EU’s chief representative of Brexit, said the negotiations had ended and it was impossible to restart negotiations. After the second extension of the Brexit farce, it seems that the exclamation mark will end on October 31.

After Johnson’s tenure as prime minister, the cabinet was reshuffled and it was regarded as the most violent purge in British politics in recent years. Among them, Philip Hammond, the finance minister who opposed the non-agreement of Brexit, went to the championship. Hunter also left because he could not accept the downgrade. Instead, he was strongly removed from Dominic Raab.

Rab, who was formerly the deceased minister of the Wen Cuishan cabinet, resigned after dismissal of the draft content after the release of the draft Brexit Agreement. At the same time, Johnson also appointed Dominic Cummings, the general manager of the “back back control” slogan, as a cabinet consultant. Cummins has always been known for his sultry words. He once accused the former Brex Minister David Davis of being fat and like a mouse. This year the House of Commons passed a resolution condemning Cummins for serious involvement in making fake news.

Johnson’s inauguration speech in the House of Commons has repeatedly stressed that the Irish border safeguards (backstop) in the draft of the Brexit Agreement, neither democratic nor the British autonomy, will be committed to renegotiation to ensure British independence. The safeguards are the Northern Ireland Protocol in the Brexit Agreement. In order to resolve the transitional arrangements between Ireland and Northern Ireland, the EU and the UK are not willing to see a hard-border restart. And the circulation of goods between the EU and the UK. However, the Brex Agreement mainly addresses how the relationship between the UK and the EU during the transitional period of the Brexit. After the transition period, whether it is possible to make permanent norms on the EU-UK relationship is still undecided.

Although the Protocol mentions that both parties will try their best to complete formal consultations before the transitional period of December 31, 2000, some or all of them will replace the norms of this protocol. Charles Geoffrey Cox, the Attorney General of the Cabinet of Wen Cuishan, believes that this safeguard may lead the UK to be bound by safeguards forever. This safeguard is opposed to the support of the unified Northern Ireland Democratic Union Party and is also opposed by the strong Brexit.

With Johnson coming to power, the strong Brexit party led the Brexit negotiations, arguing that “there is no agreement, there is no guarantee.” In terms of the reaction of the EU in the past week, it is almost impossible to restart the negotiations. The EU chief negotiator also said that the EU has no mandate to restart the negotiations on the agreement, and the EU summit has adopted the resolution to sign the agreement, and will The agreement is sent to the European Parliament for the consent of the parliament (assent). Therefore, the possibility of train collision is getting higher and higher, and both the UK and the EU have repeatedly stated that they should prepare for the non-agreement of Brexit.

According to Johnson’s acting style, the chicken game is his strength. He assumed that the EU would not be happy to see a situation without a Brexit, and therefore believe that the EU will eventually give in. Moreover, the United Kingdom intends to obtain support from some EU countries by means of divide and conquer.

Therefore, there are still only two options in the end: through the existing Brexit agreement, or without agreement.

Congress passed the Johnson-Centre cabinet agreement to increase the probability

On the other hand, if Johnson is determined to go without a deal, because there are still many members of the Conservative Party who support the existing agreement, if the Conservative Party and the Labor Party are combined, and the current Johnson Foundation’s ruling basis, no confidence in voting. Or the chance of re-election in advance will be greatly improved. According to Attorney General Kirks, even if the vote is not trusted or re-elected in advance, if the time limit expires on October 31, the UK will not apply for an extension of the Brexit period, the UK will leave the EU without agreement. Therefore, it is difficult to avoid unofficial Brexit by voting by no confidence or by re-election.